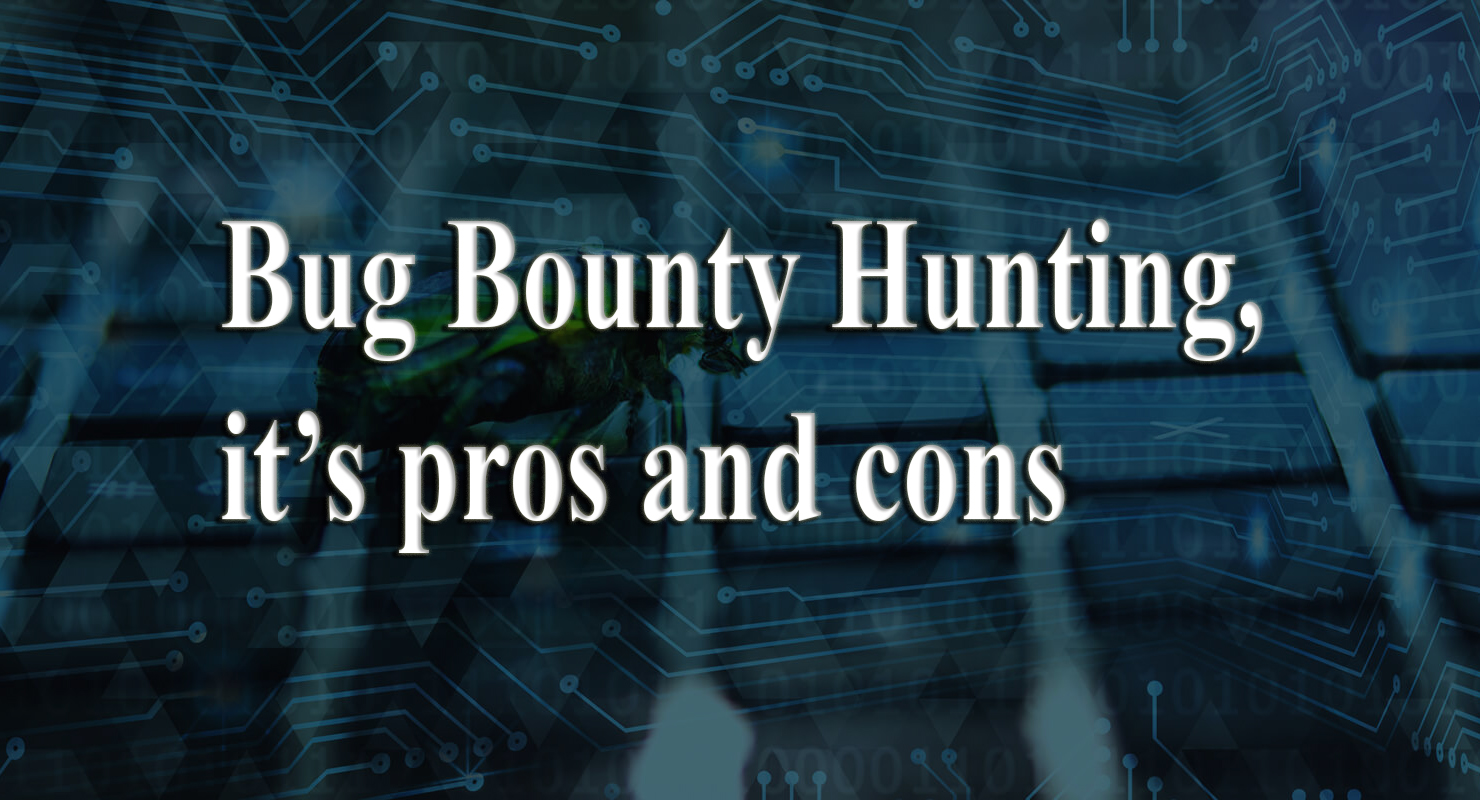 Bug bounty programs are a col-lab of companies and white-hat hackers to work    together exposing security vulnerabilities and bugs in a company’s technology. Most importantly, the companies executing bug bounty programs can set ground rules and limitations of how they want hackers to test their site, how far they can go breaking their website and what kind of compensation hackers can expect to receive for reporting vulnerabilities.

Developers at companies develops the code but sometimes some mistakes or flows are made and left unseen. Mistake can be as small as “;” or as large as a flow that can lead to main domain takeover. The security teams in companies hardly have time to find each and every bug and sometimes because of lacking man power security teams are impuissant. So these security teams reach out to private contractors for help in return offering bounty.

Bug bounty hunters are paid cold or hard cash to find bugs in the web application, software and websites. Depending on the impact of the vulnerability, the bug bounty hunter is rewarded. The reward can vary from a stunning t-shirt to thousands of dollars per bug again depends on how badly your vulnerability affects the testing asset. One can make thousands of dollars a year in addition to day job finding bugs and writing reports on them or one can do freelancing and make it full time career.

A survey of 1,700 bug bounty hunters from more than 195 countries and territories by security biz HackerOne, augmented by the company’s data on 900 bug bounty programs, has found that white-hat hackers earn a median salary that’s 2.7 times that of typical software engineers in their home countries.

In some places, the gap is far more pronounced. In India, for example, hackers make as    much as 16 times the median programmer salary. In the US, they earn 2.4 times the median.

HackerOne bases its salary figures on data from PayScale. For India, the median annual   software engineer salary is $6,418. For the US, it’s $81,193.

5. What are the pre requisites to become a successful bug bounty hunter?

(a) . Read tons:- Read , read and repeat. It is a very vast field, and requires a deep knowledge of concepts to find a major bug. It is merely a combination of both knowledge and observation and sometimes even luck. You should be able to recognise what a vulnerability is and how can you exploit it. There are many blogs which keeps you updated with latest information related to infosec field. Go to famous sites like hackerone, go through profiles of top bug bounty hunters one by one, follow them on twitter as their accounts are listed in their profiles. Sometimes top bug bounty hunters disclose their reports on their twitter accounts , that can be of tremendous benefit as          it’ll tell you how they approached to find that bug. Alot of books are there that can make you master of bug bounty hunting if you rifle through each and every line.

(b). Keep learning:- You must always try to learn new concepts, tools and This can be very beneficial for you making your work easier. Many times some new tools comes into the market targeted to find a specific type of bug and can pay you some adequate amount of money if used in bug finding.

(c). Languages you should learn:- You should have some prior knowledge of languages like html, css, java script. You should also know some scripting languages like python, ruby and bash. These languages will help in automation that makes work alot easier.It is recommended to learn some basic concepts of networking, how Http API’s and protocols work. You should learn to build applications on python(django framework) or ruby (rails framework) so that you get an idea of how apps work and where can a flow in the application can be present.

(e). Keep calm and expect nothing :- Keep your emotions in control , sometimes company can pay you more than expected for a small bug , then you should also be prepared if company sent you a plain t-shirt for a major bug. It comprises of surprises, don’t you think XD.

Here comes the most important part of this blog, the points you should keep in mind if      you are thing of making bug bounty hunting as a career:-