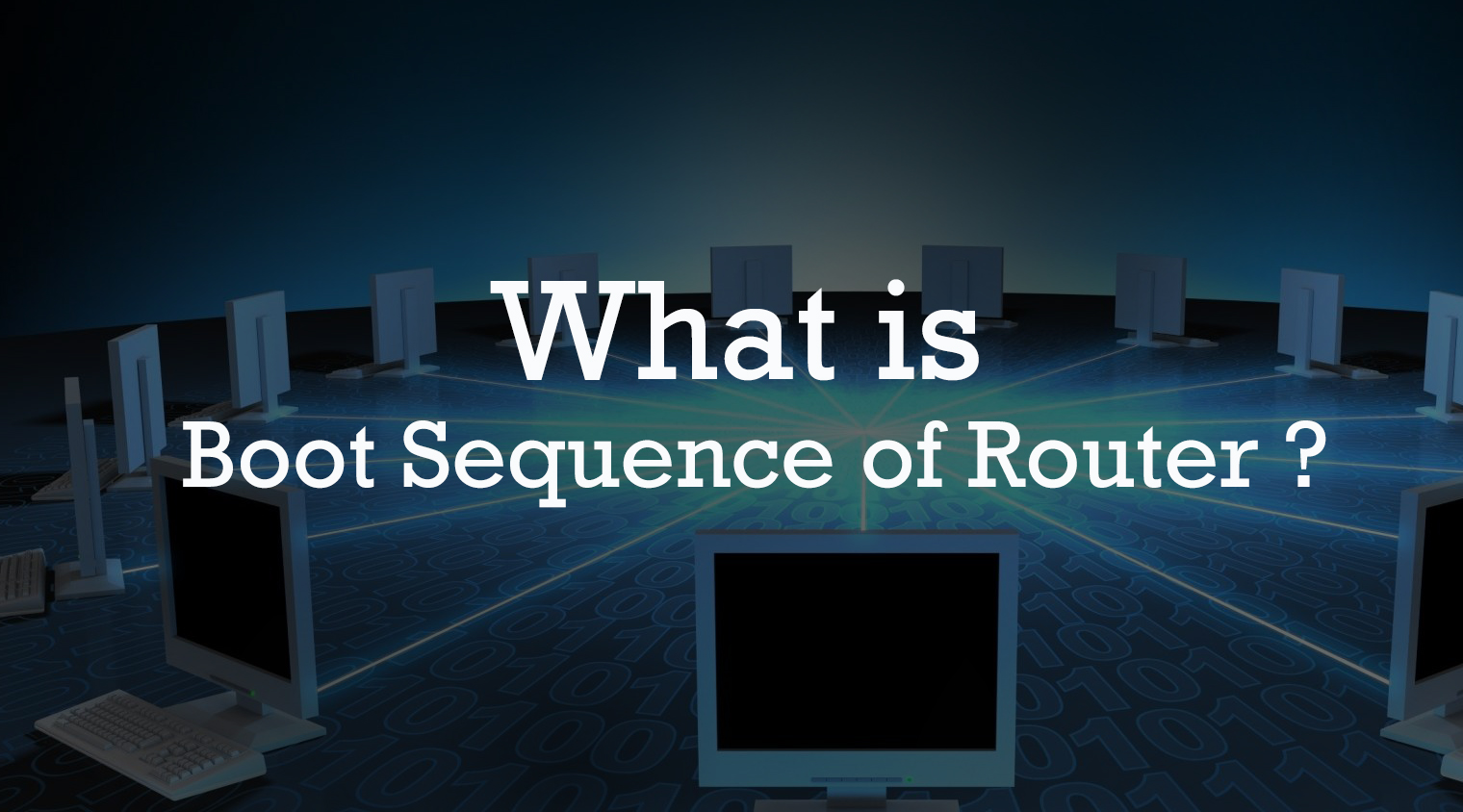 Unless you happen to be really savvy about the inner and outer workings of all your car’s systems and its machinery and how all of that technology works together, you’ll take it to someone who does know how to keep it maintained, figure out what’s wrong when it stops running, and get it up and running again.

Certified Network AssociateTraining the same it deal with Certified Network Associate devices— you need to know all about their major components, pieces, and parts as well as what they all do and why and how they all work together to make a network work. The more solid your knowledge, the more expert you are about these things and the better equipped you’ll be to configure and troubleshoot a Cisco internetwork. Toward that goal, study for an introductory description of a Cisco router’s major components. Networking Training in Delhi or it be Networking Certification in Delhi you must be through with the following table.

Bootstrap Stored in the microcode of the ROM, the bootstrap is used to bring a router up during initialization. It boots the router up and then loads the IOS.

POST (power-on self-test) Also stored in the microcode of the ROM, the POST is used to check the basic functionality of the router hardware and determines which interfaces are present.

ROM monitor Again, stored in the microcode of the ROM, the ROM monitor is used for manufacturing, testing, and troubleshooting, as well as running a mini-IOS when the IOS in flash fails to load. CCNA Certification in Delhi teaches how it is different from the usual RAM u use in your personal computers or how you can relate to it usually.

Mini-IOS Called the RXBOOT or bootloader by Cisco, the mini-IOS is a small IOS in ROM that can be used to bring up an interface and load a Cisco IOS into flash memory. The mini-IOS can also perform a few other maintenance operations.

RAM (random access memory) Used to hold packet buffers, ARP cache, routing tables, and also the software and data structures that allow the router to function. Running-config is stored in RAM, and most routers expand the IOS from flash into RAM upon boot.

ROM (read-only memory) Used to start and maintain the router. Holds the POST and the bootstrap program as well as the mini-IOS.

The Router and Switch Boot Sequence

When a Cisco device boots up, it performs a series of steps, called the boot sequence, to test the hardware and load the necessary software.

The boot sequence comprises the following

steps: 1. The IOS device performs a POST, which tests the hardware to verify that all components of the device are present and operational. The post takes stock of the different interfaces on the switch or router, and it’s stored in and runs from read-only memory (ROM).

Step 2: The bootstrap in ROM then locates and loads the Cisco IOS software by executing programs responsible for finding where each IOS program is located. Once they are found, it then loads the proper files. By default, the IOS software is loaded from flash memory in all Cisco devices. The default order of an IOS loading from a Cisco device begins with flash, then TFTP server, and finally, ROM.

Step 3. The IOS software then looks for a valid configuration file stored in NVRAM. This file is called startup-config and will be present only if an administrator has copied the running-config file into NVRAM.

Step 4. If a startup-config file is found in NVRAM, the router or switch will copy it, place it in RAM, and name the file the running-config. The device will use this file to run, and the router/switch should now be operational. If no startup-config file is found in NVRAM, the router/switch reacts by broadcasting out any interface that detects carrier detect (CD) to locate a TFTP host in its search for a configuration. When that fails, which it typically does, the device will begin the setup mode configuration process. Most people don’t even realize the device has attempted this process that sums up if you going for 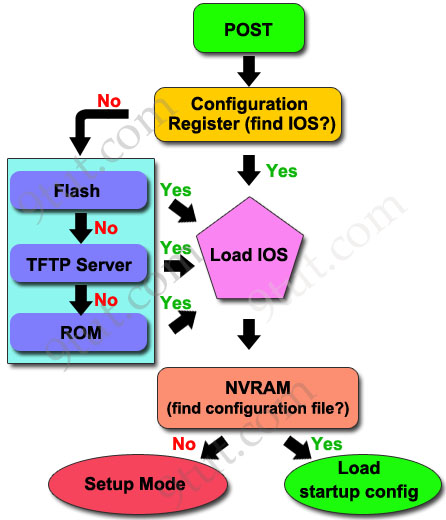